Baseball is only one of the many sports trying to increase their attendance records, which have been on a consistent downward trajectory for the last decade.

One of the causes of this trend is that the “old timers” – those over the age of 45 – 60 – are either dying or no longer able to attend the games for one of several reasons. The stagnation in the income of those heading toward retirement is one reason that tickets are no longer affordable for part of this group. Another reason is physical incapability , such as difficulty climbing stairs and seats that put stress on those with back problems.

Dovetailing with the issue of older spectators falling off is the lack of replacement spectators from the younger (aka Millennials) generation. For the last 5 years, baseball teams have been attempting research studies to find a way to attract millennials.

But, starting with the assumption that the younger generation has a short attention span and blaming this as the cause for their lack of interest in baseball (as well as hockey, golf and tennis – also affected) has only led to finding ways to shorten the game time and implementing Wi-Fi connectivity at the stadiums.

That's Just the Tip of The Iceberg

Several studies by other major industries have discovered to their dismay that Millennials do not have a “short attention span” but are accustomed to multi-tasking even during fun activities. More importantly, they place more value on the corporation’s “fairness” and “responsibility” to their customers than any previous generation.

They refuse to do business with companies and industries that show lack of concern for the safety and welfare of their employees, the community that they serve and their clients … in this case, spectators. 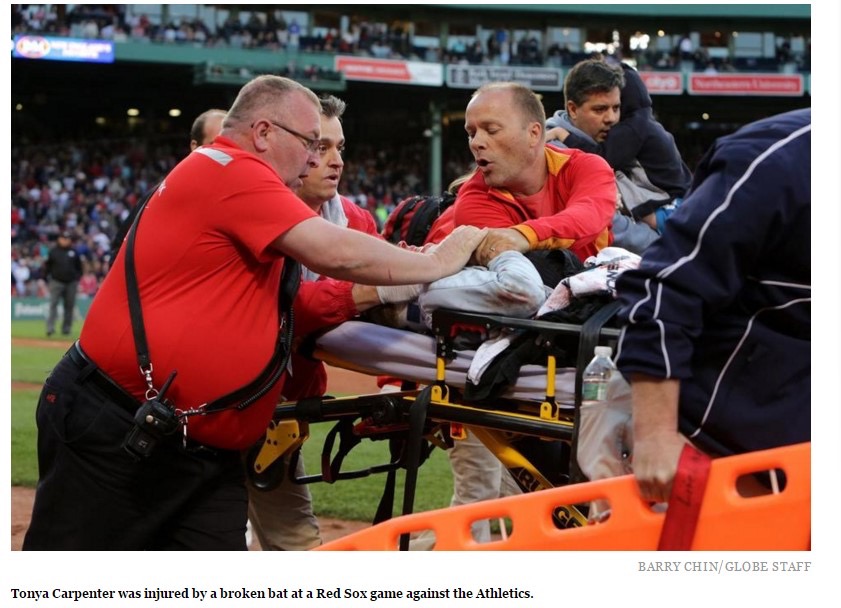 Imagine a Millennial seeing the above picture online and reading about how the stadium lacked simple protective barriers to prevent injuries to spectators. This lack of concern for the safety of their customers is not an image that is going to attract the younger consumer any time soon.

They demand responsibility from all the corporate enterprises

Beyond the impact on millennials as spectators, most of the ballplayers on the field fall into that same age group and are equally as affected. The photo at the top of this article demonstrates the devastating emotional influence that spectator injuries have on the players and the team as a whole. How much does it cost to pay for a team’s doctor bills to learn about how to deal with their disbelief that one of their teammates caused a serious injury or death to a fan?

For years, the MLB has used the fallback position that it is the spectators’ responsibility to be alert and aware of balls heading their way. In fact, the MLB has been given a pass in the court system for spectator injuries due to play on the field. The fan responsibility issue has come to a sudden halt recently when a lawsuit was filed against the team owners. As a result, the MLB now recommends more protective netting to protect the fans from foul balls.

With one court finding against MLB for not providing for the safety of their spectators, there are bound to be more lawsuits for major injury and/or death.

How much will it cost to hire teams of lawyers, court costs and settlement awards to fans? And how much cheaper would it be to place baseball netting around the stadium for the lower level seats to prevent such incidents?

When the NHL was ordered to pay for the death of a child hit by a puck, teams around the nation added hockey netting barriers to the glass barriers surrounding the rink. Those teams with the added netting have had zero “accidents” due to pucks getting lobbed into the stands.

Golf fans wouldn’t think of going to a driving range that didn’t employ protective golf netting for both spectators and personal property – such as vehicles in parking lots nearby. 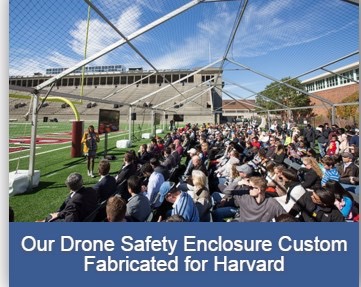 Many people don’t think of personal drones as a potential cause of injury to bystanders. However, drones go at speeds up to 200 mph and could be a major risk. U.S. Netting was chosen by Harvard University to build a netted drone cage for the spectators at their first Drone racing demonstration.

Whether it’s baseball stadiums, hockey arenas, drone races, paintball tournaments or gym activities such as dodge ball, U.S. Netting is prepared to produce the product you need. Give us a call at 800-331-2973 or contact our sales team at [email protected] for more precise information.