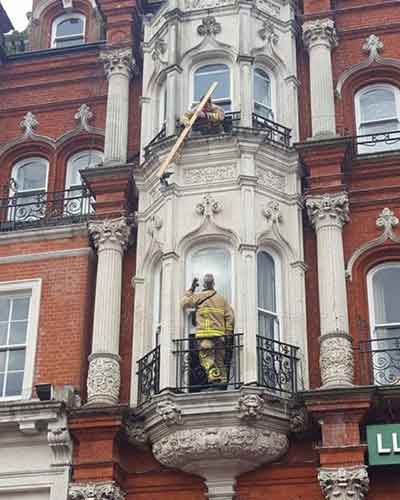 Earlier this month firefighters from the town of Ipswich in the United Kingdom got a phone call in the mid-afternoon of a typically normal day from a bank along the a busy city street. When they arrived, no sign of fire was found however a small pigeon was trapped in netting high above the bank entrance.

Around 3 o’clock in the afternoon the phone call was made, and quickly the firefighters sprung into action. A small crowd gathered to watch the daring rescue. While one firefighter took a position below another climbed to the second-floor balcony and was able to free the bird. After not being able to completely reach and release the bird with his hands the quick-thinking hero found a nearby plank of wood and was able to set the bird free.

It’s not clear on the pigeons were about at this time or how they got stuck in the netting. However, one thing that is clear is that the firefighters from Princes Street Station are truly heroes.

In the last ten years, mosquito netting that has been treated with insecticides have been sold or distributed across the world in areas known for its malaria epidemic. In 2003 the World Health Organization reported that malaria had killed nearly a million children each year, 90% of them being under the age of five years old.

Many mosquitos will bite at night within homes, however, when landing on the mosquito netting the insect is easily tantalized by CO2 from the sleeping human and swiftly dies. The World Health Origination has also been spraying homes and villages with a chemical called DDT, first used in WW II to control malaria, typhus, lice, and others.

Since WW II DDT has been used to combat the malaria issue is now becoming immune to many mosquitos. The mosquitos have even become knowledgeable enough to bite during the day rather than at night, based on observations from 2013. This change in behavior may bring back the issues of malaria and make it a much deadlier disease once again.

Why is the EPA so Important? 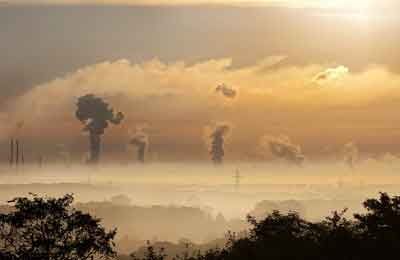 Why do we even have the Environmental Protection Agency? A few reasons back in 1952 a small river in Ohio called Cuyahoga River ultimately burst into flames. After decades of pollution and chemical waste that was poured into the river each day finally led to the river being able to combust. This happened more than once in fact in 1969 the river caught fire again in doing nearly $100,000 in damage and destroyed two bridges in the small town.

This is just one of many incidents in the United States that led to the creation of the EPA.

Among the list of many other cities across the U.S. had problems like this including noxious smells. Finally, in 1969 President Nixon brought forth the EPA causing many companies to close their doors. However, the population of our cities and pollution-related deaths or sicknesses quickly was reduced.