Drones are sure to be the hot item this holiday and the year to come, and while they can provide hours of airborne fun they can also be potentially dangerous. This has led recommendations from the FAA and other organizations to create regulations to protect people and aircraft from potential harm.

The thing to remember with drones is that they are just a machine, a very fast-moving machine with sharp propellers. Like any machine they can malfunction or behave unexpectedly. This can lead to damaging your brand new (likely expensive) toy, objects around you such as windows or cars, and even injuring people or animals nearby.

Read on for 10 things you need to know before flying a drone. No clickbait, we promise!

Yes, the FAA said so. Page 68 of the FAA Modernization and Reform Act 2012 for those who want to make sure. View the entire section on drones via PDF here.

Not sure how close you are to your airport? Check out websites like Airmap or smartphone apps like Hover to find out.

3. Remain at least 25 feet away from individuals or inside a U.S. Netting Drone Flight Cage.

Even with all the high tech wizardry drones are still machines that can and will malfunction. Be sure to give your drone enough space when flying, especially while you are learning the ropes. Training facilities often use Drone Flight cages to contain drones for safety. We helped Harvard University reverse this method to put spectators of their recent demo inside of the cage to watch from a safe location.

Drone flight cages can be huge, like the ones many universities are now creating, or even small enough to use in your backyard. Contact US Netting to get a quote on the perfect drone netting.

If something goes wrong the damage could be extremely harmful to, people, pets, or property. One such incident even cost a young child his eye . The pilot in this accident was described as skilled, proving that these fast-moving drones and propellers should always be treated with caution.

Looking for the best fpv quadcopters? Check out our friends at mydronelab.com.

5. Washington DC is a no-fly zone. Yes, even for drones.

Many no fly zones exist across the country for many reasons and safety concerns. Before flying your drone be sure you aren't in one using this interactive no fly zone map

6. Don’t take your eye off the drone.

Make sure you can always have a visual sightline to your drone. A lot can happen in a few moments at the speed of a drone, and that can mean the difference between safety and disaster. To make it even easier to see where your drone is headed you can use virtual reality headsets with live video-enabled drones, called First Person View (FPV) Drones.

As if this isn’t obvious! Just like a car, motorcycle, or a full sized commercial plane, piloting drones under the influence of drugs or alcohol can put you and a lot of others at risk. Lawmakers in cities including Chicago and Tampa are already at work to create drunk drone piloting regulations.

8. Do not photograph private spaces without permission

This is not a law, rather it’s just common courtesy to not spy on your neighbors. You can read more about drone privacy here. Your local video consent laws may differ so be sure to check them out before you do any drone photography or video shoots.

It is not unusual for people to lash out in anger about potential spying by drones, but it isn't always justified. Just take a look at this video below where a lady physically assaulted a boy for piloting his drone at the beach. He is since filing a lawsuit against the woman for the incident which he caught on video.

Rule of thumb: don't be a jerk. 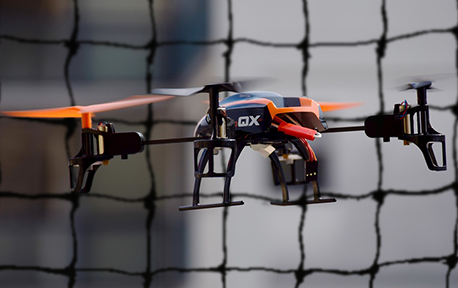 Groups like the AMA (Academy of Model Aeronautics) or local groups like North Coast UAS here in Erie, Pennsylvania. These groups can help you learn the ins and outs of piloting your new drone. Some can even offer repair services if you get into a nasty crash.

Any hobby is more fun with friends. Get your family involved or find local groups to fly drones within an area near you on sites like meetup.com.

Drone racing is fast becoming a new sport all over the globe. Some drone racing is done in the woods, weaving through trees and paths. Other drone races take place in stadiums with high tech courses and cameras.

We have done work with the biggest name in this new arena, The Drone Racing League, for their upcoming race in Miami, Florida. Their team is working hard to push drone racing to new heights as a sport, and it shows.

If you love drones you need to check these guys out. Think NASCAR, but with first-person video from the cockpit view of the drones.

While there can be no substitute for safe and responsible piloting, US Netting offers a range of drone netting to decrease the likelihood of accidents that can damage your new drone and injure those around you.

Whether you are a backyard ace or the next big name in drone racing, US Netting has something to offer.