America’s infrastructure—the roads, bridges, airports, railways, dams, and levees that connect us all and hold things together—is in trouble. The American Society of Civil Engineers (ASCE) issues an Infrastructure Report Card every four years, evaluating the condition of our infrastructure in sixteen categories. The 2017 report includes only one B (for rails), three C’s, and twelve D’s (including roads, transit, dams, and levees). In fact, our nation has been earning D averages since 1998, and the problems will only get worse as structures continue to age and experience increased wear and tear from constant use.

Here are some other alarming statistics from this year’s report and additional sources:

One of President Trump’s many campaign promises was to spend $1 trillion on infrastructure improvements. Even that may not be enough; the U.S. Department of Transportation estimates that bringing interstates and highways alone up to standard could cost up to $1 trillion. Plans are reportedly underway to put together a legislation package, though details on timelines and funding remain unclear. 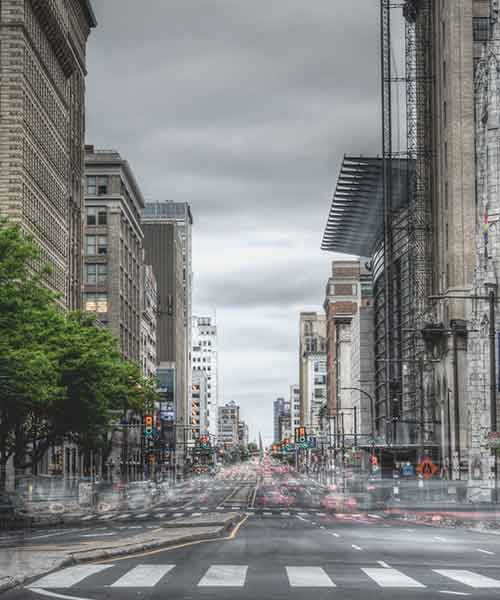 image from to Stephanie Sharlow

What is clear is that a lot of construction and repair work will need to be done, on thousands of projects across the nation. And that’s where netting comes in.

Steel netting can be used to reinforce structures such as bridges or to contain boulders and debris in case of collapse, protecting workers and motorists on roads. It is powerful and durable, yet flexible. An 8’ x 8’ steel net with 1/8 inch cable diameter and 12-inch mesh size can safely withstand a working load of 6,800 pounds, while the same size net with ¼ inch cable and 4-inch mesh can handle 56,000 pounds.

US Netting offers steel netting in both galvanized and stainless steel varieties. Galvanized steel is coated with zinc (either by hot-dipping in liquid zinc or submersion in an electrolyte bath) to prevent corrosion. Stainless steel has at least 10% chromium added to the molten steel to infuse corrosion protection throughout the finished product. Our steel netting is fabricated (and thoroughly inspected) right here in America, and we can create a wide range of custom specifications to suit any project needs.

Construction projects, especially those on bridges, dams, or anyplace heights are involved, will also require fall safety netting and debris netting. US Netting offers a range of safety nets that meet or exceed standards established by the Occupational Safety and Health Administration (OSHA).

Repairing our infrastructure is vital for the safety of the American people and the health of our nation’s economy. US Netting is proud to provide netting products that can contribute to these efforts. For your infrastructure-related project needs, call our team at 1-800-331-2973 or e-mail [email protected] for quotes and more information.