Here is an excellent article about World War II Army Pfc. Desmond Doss. I thought I would share this article because it does talk about one of the last campaigns in the Pacific and how using cargo nets, Doss’ battalion climbed a treacherous, 400-foot-high jagged cliff, nicknamed Hacksaw Ridge, to get to a plateau. Climbing a net of that caliber is an incredible feat in itself.

A whole new world of danger sat atop that ridge.

You'd climb it wouldn't you?

Here is a view of the giant cargo net in the original form along with the net from the film. 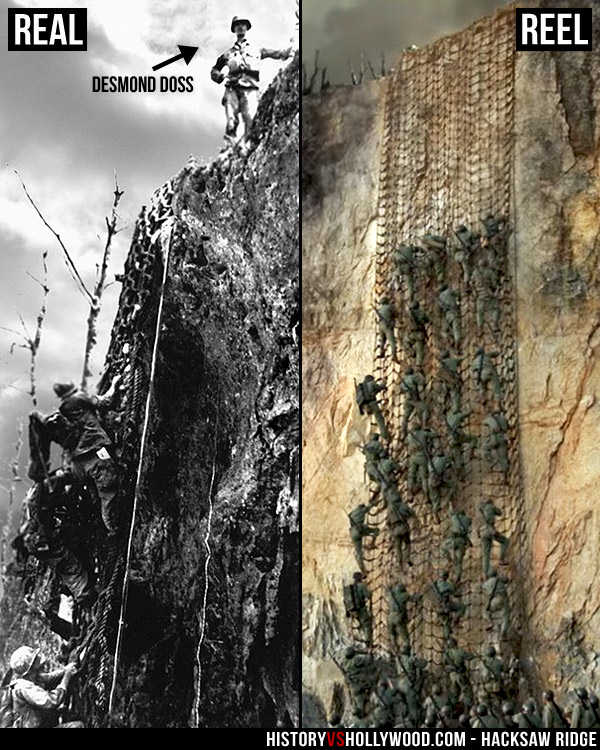 What Awards was the film nominated for?

Below you will find a trailer for the film which won two Academy Awards for film editing as well as best sound mixing last night. Congrats to the entire team for an excellent work of art.

The Official Trailer for Hacksaw Ridge