Somewhere on an Abaca farm nestled in the steaming heat of the Philippines or the remote back roads of Ecuador, there are men and women harvesting and prepping Abaca plant fiber for rope products around the world. The Abaca plant is a relative of the banana tree and the easiest way to tell the difference is that it grows no bananas – but, its fibers make organic manila rope.

This is still one agricultural product that cannot be harvested and prepared by machine. Each individual stalk of the plant is sliced into strips and then hand-scraped one at a time until the fibrous interior is separated into strands. 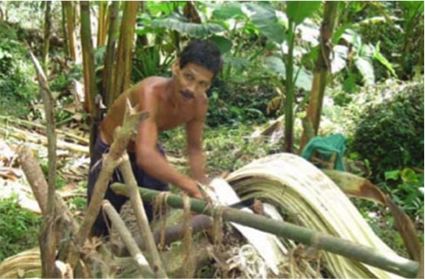 Then, each strand is washed and draped over a line to dry. Once they are dried out, they are baled into large balls and shipped to manufacturing plants to be braided and twisted in rope. 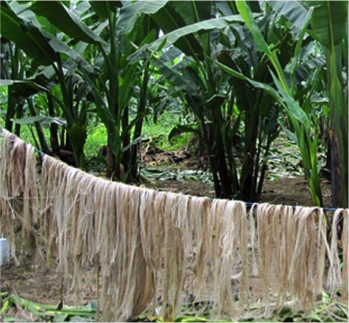 Incidentally, nearly all the farms in the Philippines are small and family-owned, while those in Ecuador are large farms owned by corporations. With all the recent major hurricanes and the effects of el niño hitting the Philippines, Abaca production has been difficult. It’s no wonder the price of the fiber cannot remain unaffected. The good news is that there is a push by the development authority to expand the acreage of abaca farms in order to increase production.

Want to see how manila rope is made? Check out this video:

The History of Manila Rope

Manila rope has been used as far back as the Egyptians for rigging sails, mooring and anchor ropes because of its durability and strength. This is one of the main commercial uses of the rope even to this day because of its ability to hold knots tightly. That means you don’t have to worry about slippage at the worst possible moment.

It does have a few downsides though, including approximately a 15% shrink rate when it gets wet but even wet, the rope doesn’t stretch and once dry, it maintains its strength. Private boat owners who use manila rope are advised to rinse the ropes if they get drenched in salt water in order to increase the life of the rope.

During the 1800s, whaling boats and later, tall ships expanded the use of manila rope to make climbing nets for sailors to reach the bird seat as lookouts.

With very little to do on board a ship that was out at sea, sailors would have climbing contests which sometimes included a bit of side betting and at the very least, bragging rights for the winner. The U.S. Marine Corps adopted the nets for use in training which was later adopted by the Army, as well.

There are three types of rope made from the abaca plant and several types of manila rope suitable for various purposes.

Manila ropes as well as the climbing nets are back in vogue, only this time they are being used in competitions events for people of all ages. You are likely to see both the ropes and nets on school playgrounds and even at a McDonald’s Playland. Speaking of competition and play, don’t forget Tug of War! Since Manila rope is absorbent, hands don’t slip and there’s no snapback that pops someone in the eyes!

During the last 20 years, landscapers and interior decorators have found new uses for manila rope. Because wood takes longer to grow, the cost of outdoor use products and the fact that manufactured wood fails to have the earthy naturalness that landscapers prefer, you can use this rope as a trellis for roses and other climbing plants.

Used as a deck railing for homes or for safety nets in commercial spaces such as public gardens where children are encouraged to play and tumble makes for a soft landing and an inexpensive alternative to solid options. 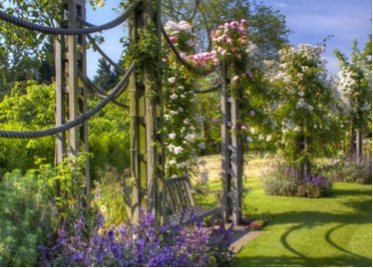 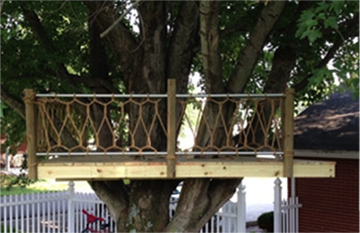 Today, there are polypropylene manila ropes that are designed to work in situations where stretching is not an issue. Usually, these are preferable for gardens, decorative fences and railings because they won’t mildew and are easier to use. However, they are not suitable for climbing or in any application where strength must be considered.

Here are a few tips and guidelines on choosing a rope for your project. If you have a project that requires government or commercial quantities or need assistance in finding the right rope for a specific purpose, email us at [email protected] or give us a call at 800-331-2973.